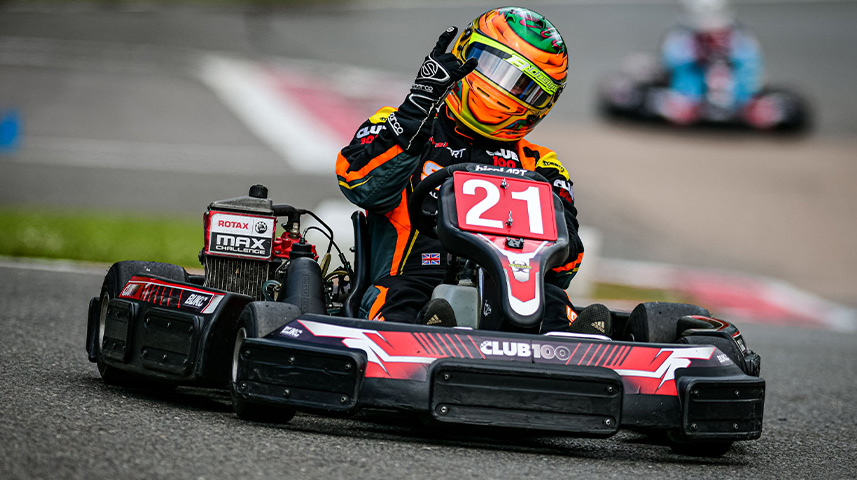 The new Club100 season proper kicks off at Buckmore Park this weekend and it's fair to say a lot has happened since the last time a season began at the popular circuit near Chatham in Kent; a global pandemic, furlough, lockdowns, disrupted calendars two years in a row and a near end to visits completely to a place at which the likes of Jenson Button and Lewis Hamilton formed the early stages of their motorsport careers.

What's better than having a return to the traditional Club100 season starting point is Alpha Live and Double Dash Motorsport Media (DDMM) streaming and providing commentary for all the Sprints Championship races on Sunday 27th February. So, without further ado, here's your preview for what to expect from Round 1.

The Club100 Sprints Championship is split into 2 weighted racing categories; Lightweight and Heavyweight. Drivers will compete across 11 rounds in 2022, the best 8 performances forming their championship score. Drivers competing are of 16 years of age or more - Sprints now being under the Club100 Seniors umbrella, a further alignment of Club100's racing structure to that of Motorsport UK, the governing body, who have recognized Club100 as part of their Karting Pathway since 2018 as the highest level of “arrive and drive” karting in the UK.

The Sprints format remains unchanged in 2022, each driver competing first in three 8-minute heats. Starting one heat each from the front, middle and back of the grid, drivers score points depending on their race finish which contribute to their round and championship tallies.

You'll be able to follow all the day's racing for free on the Alpha Live YouTube channel and the Facebook pages of Alpha Live, Club100 and DDMM 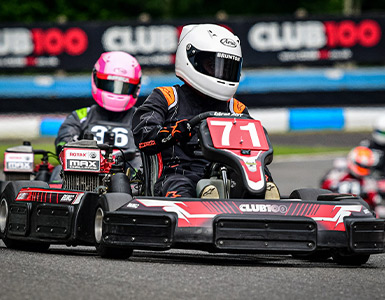 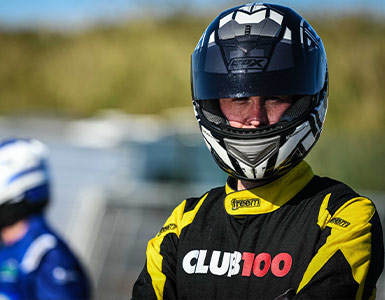 Drivers are ranked by points from the heats and qualify for either the A, B or C Final. Longer in length at 12 minutes, with a heavy weighting for championship points, it is the Finals where the trophy recipients for the day's racing are decided.

Drivers are also split into one of three classes based on driver ability and experience; Class 1 (C1) for the top drivers, Class 2 (C2) for experienced up and comers and Class 3 (C3) for Novices.

Buckmore Park is a cracking place to start a new Sprints season, not just for the sentimental reasons in 2022, because it's a brilliant track for kart racing. Plenty of overtaking opportunities typified by the circuit's mix of fast corners and heavy braking zones. It is a driver's circuit which rewards the brave and committed but can easily bite.

The time of year will challenge too. Temperatures will be low; sunshine is at a premium and the circuit being carved from a disused quarry means trees shadow over the top end of the circuit. The common result, a track where half is damp from overnight dew, the other dry with grip available still low. Those who get on top of this quickest will do well.

Holmes has been the prime standard in Club100 for several years now. However, it can be argued that 2021 was the year he was pushed hardest in Sprints by one man - Anwar Beroual-Smith. The 2015 Premier Sprint Champion was able to take a number of victories over Holmes, including a Round 9 A Final win at Whilton Mill, and will look to be G3 Joe's main opposition once more. 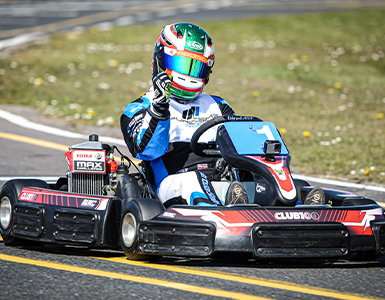 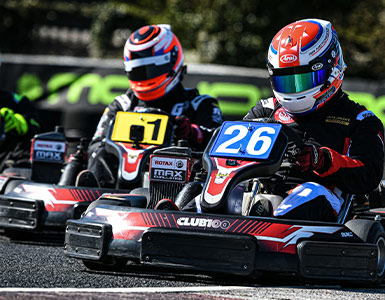 That claim isn't a given though. This is a stacked C1 entry for Round 1. 2019 Club100 Driver of the Year Richard “Dickie” Allen, Adam Wright and two-third's of the Applewood Independent Endurance team Chris Alcock and Alex Pritchard will all be knocking on the door to challenge for top honours.

There's many new faces to Sprints in HW's, mostly in C3, however it's the sight of Matt Isherwood, formerly a BUKC race winner for Cardiff University, that catches the eye. Whilst new to Sprints, a C1 grading is more than suitable for a driver who has finished on the podium in Graduates Class at the BUKC Drivers Championship and beaten a number of accomplished Club100 Sprints drivers over the years on DC days. He's not alone from the ex-Cardiff mob as well…

C2 drivers will be looking to make their mark in A Finals. Tons of experience here - Lennie Wood, Steve “The Boz” Bosley, Mikey Nicholls, Alexander Lammin, Mike Bodnar are just several of the names who will be giving it six-barrels in what DDMM reckons will be one of the most entertaining parts of Club100 Sprints Championships.

Luke Phillips and Samuel Bensley are top of the promoted drivers from HW C3. Both of them were regularly in the B Final in the second half of 2021, battling their way from the back of the grids in the heats every round. Replication of those results in the finals will be the baseline as they look to start appearing in A Finals.

Having established HW C2 is going to be an entertaining show already, what more could you want than the other member of the ex-Cardiff mob entering the fray. Yes, ladies and gentlemen, Jacob Harris of BUKC presenting fame will be putting the microphone down, donning a race suit and sending himself into the melee that is Sprints. Surely that is reason enough to tune in on Sunday!

Super Heavyweights (SHW) take to the track at the same time as Heavyweights as a sub-class within the same points system. 2021 SHW Champ Bill Taylor and Lee Henderson will recommence their epic battle, which went down to the last day of the season in November. Stuart Kirk and Vinod Hirani also return but it's James Taylor's name that is of particular interest within SHW.

The 2018 Clubman Sprint Champion has raced sporadically over the last few years but has always had speed whenever he's been present. With plenty of Buckmore Park knowledge, look out for a run on the A Final from Taylor should things go his way.

Lightweights (LW) enter 2022 after a changing of the guard year with Jack O'Neill now the reigning champion, taking over the number 1 plate from 2-time champion Ed Barrs. The opportunity will be open though for the LW field to steal a march on the Titan Motorsport driver as, at the time of writing, he is not on the entry list for Round 1.

Five of 2021's Top 10 are on the grid for Buckmore Park, including Barrs, the other third of Applewood Independent Mike Coppin, youngsters Josh Adams and Reece Pope (promoted to C1 after finishing 2nd in C2 last year) and Daz Teal.

Teal will be looking to continue the rich reign of form he ended 2021 with. A hat-trick of A Finals victories to finish off the year, all in front of Alpha Live cameras, coupled with being the last LW A Final winner of a Round 1 at Buckmore in 2020 - is the popular Club100 veteran the favourite going into Sunday? 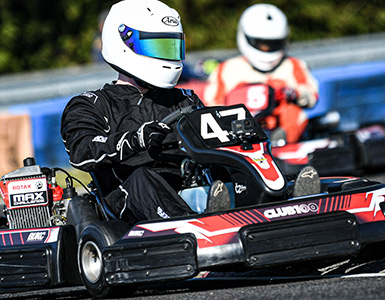 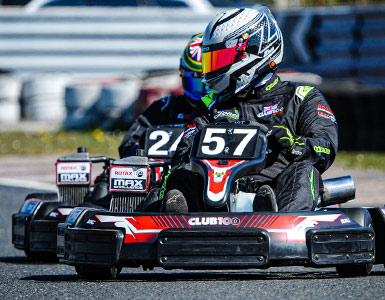 In C2 the aim of the game will be to make as many A Finals as possible throughout the year to succeed Peter Knight as C2 Champion. An early prediction that could receive a hit from the DDMM Comms Curse Cannon (sorry guys) is that this class is going to be heavily influenced by recently promoted drivers from C3.

Samuel Essery, Ami Breacher and Justin Draper all move up to C2 and will be aided by having better grid positions in the heats this year. All they need to look at are last year's performances of 2020 to 2021 promotees Greg Smith, Ramunas Cerkauskas and Jed Toole, who will all be looking to move further forward themselves. Smith, Cerkauskas & Toole all had positive days showing strong pace and racecraft, building on their own learning the year before as Novices. All six of those drivers are on the entry list for Round 1.

The beauty of C3 in both categories is in being a Novice class, combined with the accessibility and machine parity that Club100 provides, the form book is completely unknown and gives new drivers to chance to develop their skills. Any C3 driver making a B Final automatically will be well positioned to have a strong season.

Different in LW C3 to HW C3 though is the path for those from the Young Drivers Championship, now renamed as Club100 Juniors for 2022, to take the next step up. Several have already done so, highlighting the future for Club100 is a bright one. With this in mind, best of luck to Elliot Alt who will be taking that step this weekend.

You'll be able to follow all the day's racing for free on the Alpha Live YouTube channel and the Facebook pages of Alpha Live, Club100 and DDMM from 9:30am on Sunday 27th February 2022.

Best of luck to all drivers competing this weekend