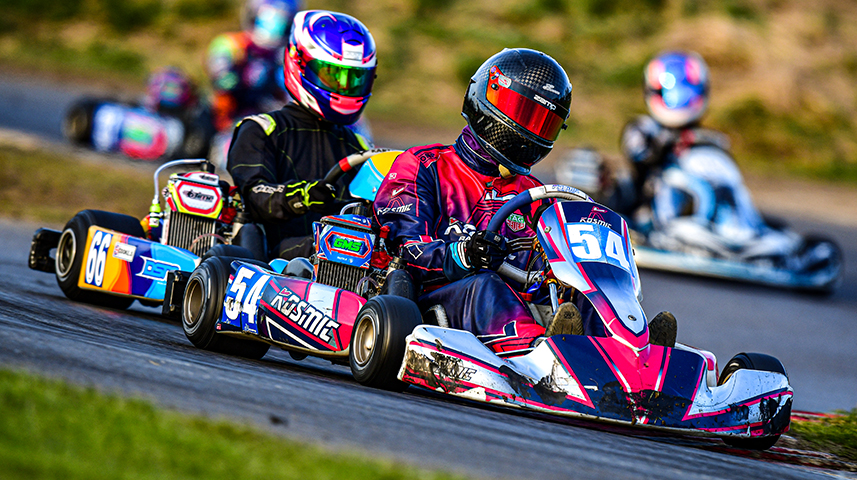 A reality check that had been coming for a while

Motorsport for me has always been a number 1 love since I was a child, my way of pursuing this was to get into racing and that was the path of karting. When your young you don't realise what realities of life are. Coming through the ranks I started to see a trend appearing. Owner driver karting is a sport that with money comes success. It's been proven countless times, and if that money comes with talent, then comes a bright future for that driver. There are most likely young and older talents out there that could be the next Michael Schumacher, but wealth is what stops the drivers from going any further than there much smaller wallets can take them. That's something I realised in round 2.

Round 2 was underway and Saturday practice already brought problems for the team. Just really struggling with bottom end power and the rear of the kart wasn't sitting right for the first two practice sessions. We changed the hubs back to what I had at round 1 and that seemed to work, but power was still an issue, when heat 1 came, starting 9th place, I had a great start making up 3 places on the start alone and clear from any driver behind, unfortunately a red flag came out. On the restart was again pretty good, but the gap from me to the kart behind was much smaller this time and with me lacking power out of corners it was inevitable that I was going to be passed. Once the checkered flag waved I'd lost 6 places and finished 12th in the first heat which at first I was pleased with since on pure pace I was one of the slowest on track.

I don't know what to do out the corners, no matter what lines or gearing, it just won't pick up 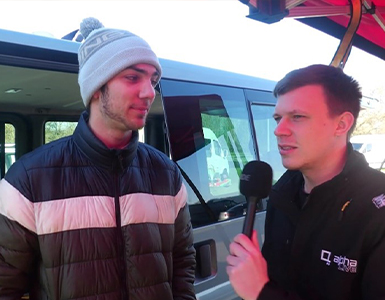 Sunday came and my chief mechanic arrived and straight away he noticed the exhaust had a big crack running all the way down the expansion unit of the exhaust. This did answer a lot of questions about power, but just in case we changed the engine too to see if that made any difference. Heat 2, I started 26th so closer to the back which having less power than usual was going to be difficult, fortunately with battles always happening on track I finished 21st so a decent effort. Heat 3, I started 12th so this would be the best time to see if my kart was on pace. A good get away but as the race unfolded, I just had zero pace compared to the rest of the grid being the 3rd slowest on the track. As a result of this I finished 23rd place.

The final race of the weekend came, and my grid position was 22nd place. This race I really had nothing to lose. As an averaged-out race pace this was roughly my grid position so there are only faster drivers in front and slower drivers behind. So, if there was time to make places, this final was the opportunity. A reasonable getaway at the start getting into the top twenty and more or less staying in 19th place throughout the race, staying out of danger (as much as I could) and consistent earning 19th across the line, but with a few drivers getting nose cone penalties, I was promoted to 15th place.

15th place in that grid where 20 drivers have competed in British Kart Championships, I'm more than pleased. But one thing is for certain, this year I bought a brand-new engine to try and challenge for potential podiums, but as it turns out drivers like Caden McQueen are going almost a second a lap quicker. He is a phenomenal driver and is well known for his speed and talent, but I just find it hard to believe that money and engines has something to do with his success this weekend. And this brings back to my point where money will bring you better success.