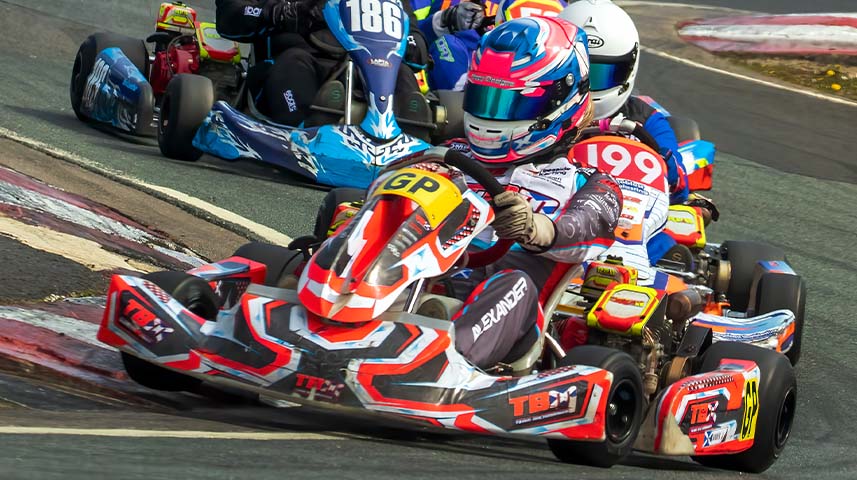 Not content with holding one of the largest non-Motorsport UK series in the country at their circuit in Middlesbrough on a monthly basis, every year Teesside Karting take a round of their NRG Sponsored winter series 'on tour'. The winter rounds, both at Teesside & at other venues have proved increasingly popular over the last few years, providing drivers with competitive seat-time through the colder months and previous trips to PFi & Warden Law have been well attended. When the 2021/22 Winter Series dates were announced in October the buzz in the Teesside paddock was palpable as two home events sandwiched a trip into the heart of Northamptonshire, the fantastic Whilton Mill circuit playing host for 2022. Despite its popularity and wide acceptance as one of the premier facilities in the country, I don't think anybody could have anticipated what was to happen a few months later.

You know how it usually goes - the entry opens, the early birds get their entry in straight away, then it trickles along, increasing bit-by-bit until the week before when everyone remembers they're racing soon. Then boom, the unprecedented happens with Whilton Mill Kart Club sell out their entire season in around 8 seconds and the game changes!

Overnight the steady stream of entries into the Teesside hosted event becomes a deluge, with many classes selling out and at the time of writing the entry sits at 212 competitors, a phenomenal number for an IKR event. Whilst the WMKC situation has certainly played a part in the higher than anticipated entry, nothing can be taken away from Kat & Paul Frankin and the team at Teesside for providing the initial opportunity. To give IKR racers, many who would not normally get the opportunity to race at the likes of PFi or Whilton Mill the chance to do so should be widely applauded.

The cancellation of the final round of the summer season due to snow has also presented another fantastic opportunity in that the meeting at Whilton will be live streamed.

The buzz in the Teesside paddock was palpable as two home events sandwiched a trip into the heart of Northamptonshire, the fantastic Whilton Mill circuit playing host for 2022 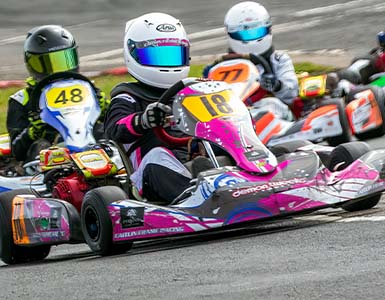 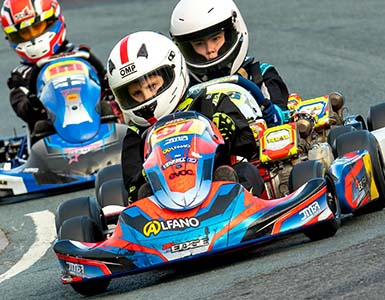 Whilst rounds of the winter series have always garnered a few high profile entries each year, the bumper entry here containing many drivers with prior experience at Whilton Mill will be a real test for the Teesside regulars making their way down from the North East and it will be very interesting to see how they fair against some of the more established names on the UK karting scene.

So who are the ones to watch out for this weekend?

In Comer Bambino we have the MSUK 7th seed & reigning Teesside champion Austin Oman who at only 6 years old will start not only this race, but the season as one of the favourites for the British crown. Harper Das, another top 10 national level driver will probably offer the sternest challenge to Oman but let's not discount Ellis Child who has performed well all season at Teesside as well as taking the runner-up spot in the London Cup behind the GP plate Jenson Sayell.

IAME Bambino isn't a class often run at Teesside so many of the drivers are unknown to us but with 9 entrants we look forward to welcoming them to Whilton and two names that immediately stand out are Hooton Park IKR champion Dax Farrar & Fife based driver Frazer Anderson. Anderson, a podium finisher at Teesside in the Comer variant moves to IAME for this round at least having tested the moved powerful Bambino power unit at a number of circuits in the last few months.

There are also two different cadet classes on offer this weekend so we'll start with the biggie, Honda Cadet Extreme (200) with a capacity grid. Championship runner-up Thomas Potter will certainly be one to watch all season along with Teesside 0 plate winner Joseph Yau but the arrival of some of last season's Bambino class into the Cadet ranks over the winter has really thrown a cat amongst the pigeons. Both Max Taddei & Drew Davidson have adapted well but probably none more so than Rotherham based 8-year old Max Gilman who has taken the Honda 200 scene by storm with wins to his name already! Another South Yorkshire driver to look out for is Ami Peacock who broke out of the midfield to stand on the podium in the latter part of 2021, she joins the established Isabella Stansmore Wilson in taking the fight at the front to the boys. The IOM Kart Club lap record holder Jayjay Plowman makes the trip over again after impressing at the Teesside 0 plate and Welshman Haris Roberts, a race winner in the national CKC Series will be confident following a strong showing when the championship visited Whilton in 2021.

In the Micro Max ranks both Daniel Minto & Tyler O'Neill have started the season strongly with wins last weekend at Warden Law but don't discount both Kyle McLean & Cameron Nelson following their recent switch from Honda's into the two-stroke ranks.

Junior Prokart sees a condensed grid but the news on Tuesday that pre-meeting favourite Maximus Shields was unable to attend due to an injury sustained in an incident at Wombwell at the weekend has really opened the door for the like of Sebastian Parreira, Sophie Pawsey & the emerging Aimee Frame to come to the fore.

In the Senior Prokart ranks triple Teesside Champion Connor Lucas is the perennial front runner but perhaps the driver going into the weekend in the best form is Jessica Alexander. Fresh from a sensational drive through the field to secure the BPEC 0 plate at Shenington last week alongside Jake Brooker, the Glaswegian has historically performed well at the Northants circuit. Young chargers Asher Blythe, Jack Morris & Lennon French will look to build on their strong 2021 seasons whilst the new Apollo prokart continues its development in the very capable hands of Sam Spinnael & Ed Hack, the former a British 24hr winner with Q Racing in 2021 certainly knows his way around Whilton Mill having set the fastest lap in the final of Senior Rotax at Round 1 of WMKC a few weeks ago.

With the resurgence of Rotax in the last few years it is unsurprising that Mini, Junior & Senior all have a reserve list. Mini Max is always a difficult one to predict as many drivers only spend a year in the class however Teesside, Hooton & CKC champion Lizzy Mentier begins her second season in the division and will be tough to beat whilst Oliver Bocock comes into Whilton on the back of a podium at Kimbolton last weekend. That meeting also saw Tyler Lee, Freddie Housley & Cheshire Kart Club IAME Cadet champion Finley Buck perform well in the minimax class while Teesside Cadet champion Jared Fox-Whiteley will be looking to continue his development that has already yielded race victories since his step up.

Junior Max sees a lot of standout names from the national scene. British #8 Jez Williams comes to Whilton currently leading the TVKC Winter Cup while Steven Duncan sits 5th in the same championship. Gabe Fairbrother, Sophie Kinghorn & Dylan Mackay all stood on the podium in the UKC last season with Fairbrother taking silverware at the end of the season in the runner-up spot. Teesside champion Gracie Mitchell will be looking to keep the aforementioned in her sights at track she has tested extensively at in the past year following her full-time switch from X30 to Rotax in 2021, a move that has produced strong results for the Middlesbrough native.

Finally to Senior Rotax which see's both 162 & 177 catered for in an amalgamated race. The star name here is reigning WMKC X30 Champion Lucas Ellingham. Whilst a switch to Rotax is forced due to the absence of an X30 grid, Ellingham will still be tough to beat. Trying though will be Scott Smith who carries form in the meeting after a 4th at Whilton in the opening round of their championship and Tristan Rennie who sits 5th in the TVKC Winter Cup with the Teesside challenge will be taken up by the likes of Champion Daniel Kell, Andrew Collinson, Shane Collinson & Ashley Savidge.

So there we have it, I'm sure I've missed someone but we'll find out on Sunday!!